Resonance FM is broadcasting repeats from Monday 22nd December to Sunday January 4th, 2009, so there’ll be no Strip! broadcast Christmas day as I’m sure you’d all rather be watching the Queen’s Speech. However, Strip! will be er… stripped throughout the week after with a daily repeat of the best episodes of the last three months from Monday 29th December – Friday 2nd Jan at 2.30pm daily:

Strip!: Alan Moore’s ‘From Hell’ and Psycho Geography
Alex Fitch talks to writer and magician Alan Moore about collaborating with artist Eddie Campbell on his masterpiece From Hell and the two comic book adaptations of his performances Snakes and Ladders and The Birth Caul.
Originally broadcast October 23rd 2008,
repeat: 2.30pm Tuesday 30th December 2008 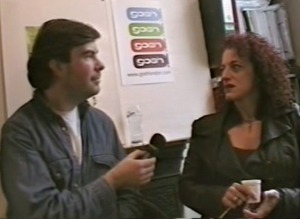